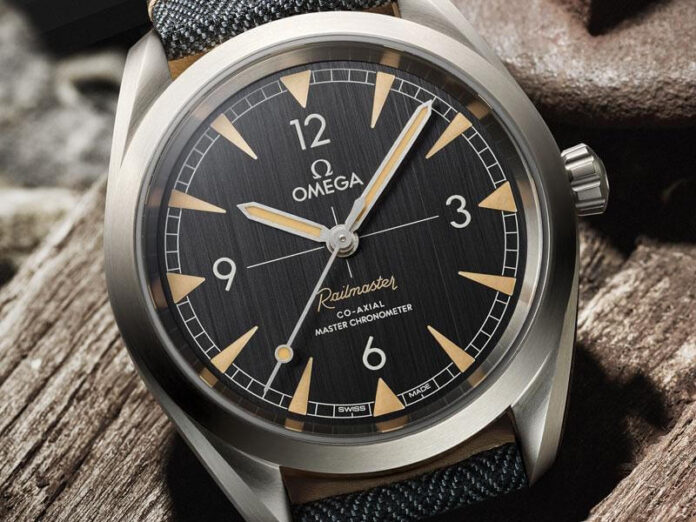 The Omega series of watches has always been a success in the market. That’s the primary reason why this watchmaking company has been around since 1848. But sometimes, Omega watch models find it hard to conquer the market – and that includes the Omega Railmaster. But wait, what does magnetism have to do with the market appeal?

Omega: Learn More About the Brand

Omega watches are highly prized in the watchmaking industry and among consumers around the world. But the Omega Railmaster had a tough time breaking into the market because it just couldn’t snare appeal from consumers. Why was that?

This was very important since magnetic fields are believed to cause many watches to tell time inaccurately. And since the consumers needed precise timekeeping, the company thought their brand-name watch would be just the thing to score a hit in the market. But they were wrong. The watch didn’t sell well. So the company was forced to cut its marketing time short and shelved its plans for the controversial watch. That was strike one.

A Failed Comeback for the Omega Railmaster

The company tried to stage a comeback for the Omega Railmaster in 2003. At that time, the company introduced three versions of the Railmaster – these measured just 42mm, 39mm, and 36mm respectively. Yet creating all those versions didn’t help, and the Railmaster was pulled out of the market anyway. Strike two for that watch model, then.

In 2017, the company decided to bring back the original version of the Omega Railmaster. There was a twist, though – the model was bundled into the Omega Seamaster collection. Its new name: Omega Seamaster Railmaster. Its new price: 4,900 USD. Due to some strange quirk in luck, this time, the watch model sold well. Score!

Though the initial two runs of the watch model didn’t do so well, nowadays, watches from those two versions are considered collector’s items. So consumers who did take a chance on the Omega Railmaster back when it flopped twice now have precious assets whose resale value are probably off the charts. If you were lucky enough to own the originals, you could now look for collectors who are willing to pay you big time to acquire your original Omega Railmaster watches.

Of particular interest to collectors is the Omega Railmaster versions sold as special editions commissioned explicitly by the North American and Canadian Pacific Railways for its employees. This iteration is rare now and you are sitting on a pile of gold if you held on to your watches from that batch. It isn’t hard to imagine watch collectors running after you if you have carefully preserved such watch models in their original state. (Make sure they quote you a great price since these models are now rare.)

If you are simply curious, you may want to get a look at the entire Omega Railmaster series up close. One of your options is to look for private collectors willing to give the public a view of their Omega Railmaster collections. That could be rather difficult unless you have friends or family who have friends in wealthy social circles. Otherwise, your best bet is to head to Bienne, Switzerland where the company maintains the “Omega Museum”.

Current Models of the Omega Railmaster

Here are some details about those four iterations:

Since photos are more convincing than mere words, go to the Omega website to see close-up photos of each of these four versions. (Unfortunately, you have to visit an Omega boutique to know how much each costs in retail stores.) You may be impressed by how beautiful each version is and how Omega watch designers could come up with differentiated designs for every version.

Now that you know how valuable an Omega Seamaster Railmaster is, you probably will agree that it is best to get your watch from reputable sources. It is regrettable though, that Omega watches sold in certain online stores are counterfeits. It means you have to be extra careful before handing over your hard-earned money to a retailer because they might be selling a fake to you.

Here are some ways you can fight back against counterfeits:

If you are attracted to the Omega Seamaster Railmaster, you don’t have to look far and wide to acquire one. All you need to do is visit a certified Omega retailer and start examining your options. Bring along a reliable magnet as well so that you can test each watch before your purchase. And if you do find a reputable retailer, be sure to pay top dollar for your watch. It is a worthwhile search for perfection, after all.

Which Spatula Is Best For Waxing?

Here’s How To Get The Perfect Human Hair Wigs, lace wigs